Aerospace and defence applications demand products that are sensitive to their SWaP (size, weight and power) restrictions. In the past, the highest performing GPU products out of reach because their power requirements, acceptable for a desktop computer or a data...

END_OF_DOCUMENT_TOKEN_TO_BE_REPLACED

What is Nvidia Ray Tracing and List of Games Supports?

What is NVidia Ray Tracing If you're a gamer, then the chances are you've heard of ray tracing, but you might not know exactly what it means or why it's a big deal. We're here to help you find out. In its simplest form, ray tracing is a system that's used to enhance...

END_OF_DOCUMENT_TOKEN_TO_BE_REPLACED 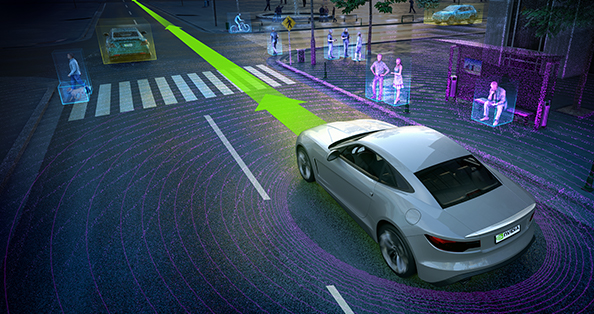 To identify in AEC (Architecture, Engineering, and Construction) manufacturing, and design products to visualize in real-time a 3D virtual world of what their project to be submitted to their clients.

Large firms allows to access their current projects from both the office and at home. The ability to sign on to their laptop on at any location and show the client the current status of a design job and to have architects in other offices be able to collaborate made for an efficient work practice.

The Holodeck VR technology runs on NVIDIA GPU’s new GPU server can be used to design large-scale projects. We can collaborate simultaneously on projects using a virtual 3D environment.

Project Clara to provide better imaging used for early detection of serious medical conditions. Clara is virtual, scalable and can be used to compute for any instrument including CT, MRI, or Ultrasound.

The Volta GPU is same as the Titan V that powers the NVIDIA Quadro GV100. It has 5120 CUDA cores with 640 Tensor cores.

For an architect, engineer, or for construction this means NVIDIA closes the gap between rasterization and ray tracing. A noise-to-noise Denoiser that can give a finished image in 1 or 2 passes instead of 8 to 16 passes previously done. All of this possible through their AI technology

The largest GPU ever created. The NVIDIA DGX – 2 has 16 Volta GPU’s and 30 terabytes of NVM storage. The DGX – 2 uses an interconnect system fabric called NVIDIA NVSwitch that gives the GPU’s the power to communicated simultaneously at a speed of 2.4 terabytes a second.

Designed for AI and Deep Learning but can be applied to computer graphics, Unreal Engine, and ILMxLabs Star Wars using the Unreal Game Engine with real-time ray tracing.

GPU server NVIDIA DGX – 2 can save space and money compared to traditional CPU servers. It uses less power, smaller footprint, and reduces costs. If you have multiple offices in different cities, this solution gives power to a VDI set up so you can use NVIDIA’s Holodeck VR to collaborate with others on projects in real time.

For AI and Deep Learning being used by 20,000 organizations recently. Kubernetes is now running on NVIDIA GPU. Kubernetes eliminates many of the manual processes in deploying and scaling containerized applications. It allows tasks to be allocated to multiple servers and supported by multiple cloud servers. NVIDIA announced NVIDIA Isaac Robotics Platform used in their open drive platform for autonomous vehicles.

NVIDIA end-to-end platform collects data, trains models, does simulations, and then it is capable of driving. Drive Constellation is a virtual reality system to test self-driving cars.

NVIDIA has its AI and Deep Learning incubator known as “Inception”. Inception is a virtual accelerator that helps the startup in key points of their development and prototyping. CUDA seems to be the standard of choice over OpenCL. NVIDIA supports CUDA developers. OpenCL is open source, so support for it is limited. Executives from many of the top rendering software applications are taking advantage of CUDA support.

Apart from Windows and Linux workstation the Mac-based pro joining soon in the revolution.

The last Quadro card for Mac was on the Mac G5.