END_OF_DOCUMENT_TOKEN_TO_BE_REPLACED

SAN or NAS: Ways to Connect Your Data

When building a storage network, your basic decision is SAN vs. NAS. The choice will impact how you access your data. You must think about your network that is right for you is critical to providing the right level of capability without overburdening your business...

END_OF_DOCUMENT_TOKEN_TO_BE_REPLACED

All-flash arrays aimed at mainframe use cases. models that come in different capacities up to 1.2PB and connectivity via 8Gbps and 16Gbps Fibre Channel and FICON.

The DS8880 is IBM’s hybrid flash SAN array family, which comes in capacities up to about 5PB, of which approximately one sixth – in terms of drive bays/card slots – can be solid state. Once again, the DS brings mainframe compatibility. 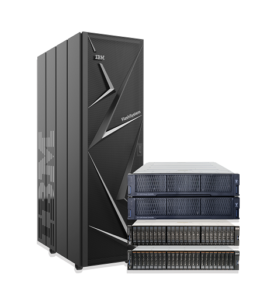