Choosing a Video Card When Building Your Computer Workstation

END_OF_DOCUMENT_TOKEN_TO_BE_REPLACED

What is Nvidia Ray Tracing and List of Games Supports?

What is NVidia Ray Tracing If you're a gamer, then the chances are you've heard of ray tracing, but you might not know exactly what it means or why it's a big deal. We're here to help you find out. In its simplest form, ray tracing is a system that's used to enhance...

END_OF_DOCUMENT_TOKEN_TO_BE_REPLACED

Aerospace and defence applications demand products that are sensitive to their SWaP (size, weight and power) restrictions. In the past, the highest performing GPU products out of reach because their power requirements, acceptable for a desktop computer or a data centre, were too high for a device intended for an embedded application. It led integrated solution providers to use GPUs that have targeted mainly the mobile and laptop market. While these mobile GPUs have lower power requirements, they also were not as high performing as the same generation desktop GPUs. 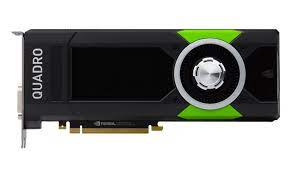 With the start of the NVIDIA Pascal product line, the performance gap between GPUs for desktop and mobile has primarily erased. NVIDIA no longer design chips specifically for the mobile market. Instead, with their new power-efficient Pascal chip, they can promote many of the same chips for both mobile and desktop.

The NVIDIA Quadro GPUs include the full NVIDIA Management Library (NVML) support, which consists of an API that allows the end-user to limit the operating power dynamically. It will enable Quadro embedded GPU solutions to operate at crucially less than the maximum GPU operating power, providing other tools to allow the system designed to meet SWaP targets. By profiling, the GPU power versus performance system designer can fine-tune the device to provide the required processing at sustainable power level for their particular application.

One of the high-performance Quadro Pascals chips of interest to the aerospace and defence market is the P5200(GP104). This GPU can provide an impressive 76GFLOPS/Watt. It is far more processing performance per Watt compared to the previous generation’s mobile solutions, which contained at most 30 GFLOPS/Watt while maintaining a similar operating power.

For those applications that need a lower maximum operating power, the Quadro Pascal P2000 (GP107) is particularly noteworthy. This GPU can provide 46 GFLOPS/Watt. It is still significantly higher than the previous generation mobile solutions, supply a top-performing module at 25W, or half the maximum GPU’s operating power.

The Quadro product line is NVIDIA professional line, with significant advantages to the aerospace and defence industries over NVIDIA’s consumer-focused GeForce line. As with most professional versus consumers product, the Quadro GPUs has more rigorously tested. NVIDIA provides a more extended warranty for the Quadro products: 2 years for Quadro versus 90 days for GeForce products. The Quadro line also has widened product availability with full product lifecycle management.

The drivers that have provided for the Quadro product line have tested for professional use. It results in a long life, stable drivers suitable for mission-critical use. Quadro products can support a more significant total memory compared to the GeForce product line. Quadro products will include support for NVIDIA GPU Direct which provides other devices direct approach to CUDA™ host and device memory, resulting in notable performances improvements in information transfer times.

With the Quadro Pascal’s more significant data processing, capability application engineers will feel free to develop more complicated algorithms, which will put increased demands on memory utilization. The Pascal architecture needs a larger virtual memory address space, enabling GPUs to access the entire system memory plus the memory of all GPU in the system. The on-demand page migration engine provides the method to migrate pages from anywhere to the GPU’s memory for processing. Improved memory handling can result in significantly enhanced algorithm productivity.

Of course, to finish the requirements for aerospace and defence devices, the GPU might be integrated into a product that operates reliability in the harsh environment. NVIDIA relies on its partners to incorporate their Pascal GPU chips into product designs that fully obey with the manufacturing and quality standards required by aerospace and defence, such as MIL-STD-810, RTCA DO-160, ISO 9001:2015, AS9100 and IPC6012 CLASS-3 (High-Reliability Electronic Product).

With the new generation of NVIDIA’s Quadro Pascal GPU, chip-down design modules system developers will be capable of getting the most processing power ever available in a rugged video graphics board.